In the picture above, four of the windows are already closed with MKK. The window at the back left is already drying and is already becoming transparent in some places. At the drivers window we see that the wing mirror has received some MKK. Of course, it cannot stay that way.

With a toothpick slightly moistened with water, you can carefully remove the excessive Micro Kristal Klear. Careful, you can of course easily damage the MKK, which is still wet. If it does happen, just put some MKK on the toothpick and "close" the window again.

It can be difficult in more places then just the mirrors, for example the rear window around the spare tire. You will inevitably smear the tire. Here the same thing applies, clean it up with the previously described method.

Certainly this is a technique that needs some practice. But after a Wolf you can do it ... ;-). As it is the simplest window, I saved the windshield for the end. Here you just have to be careful not to "glaze" the locking buckles on the roof! It is best to remove excess MKK with a damp toothpick.

That marks the end of another How-To! We have now painted the Wolf, and we have applied the windows. Now the next thing will be decals. Thank you for reading, and i hope to see ou in the next one! 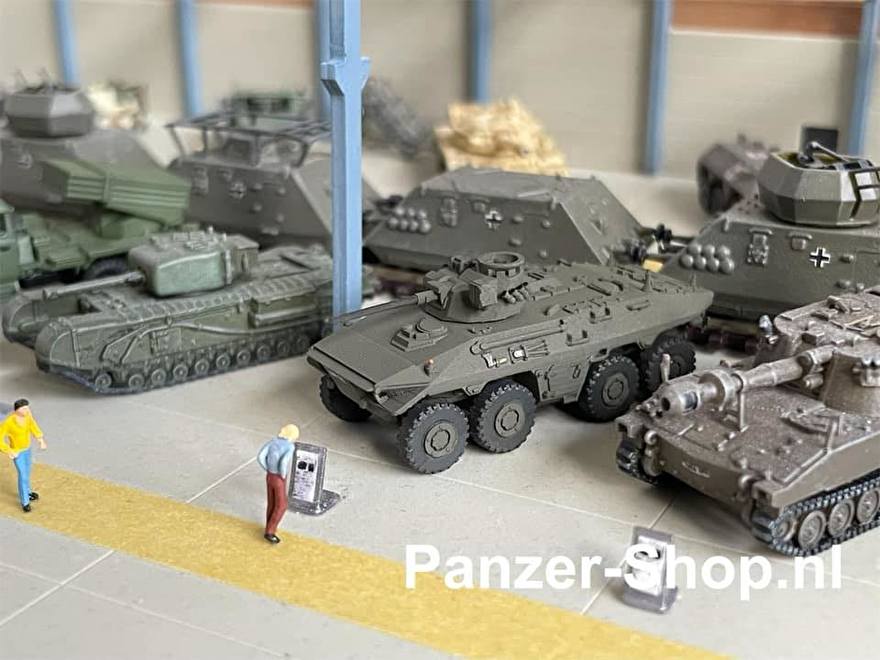